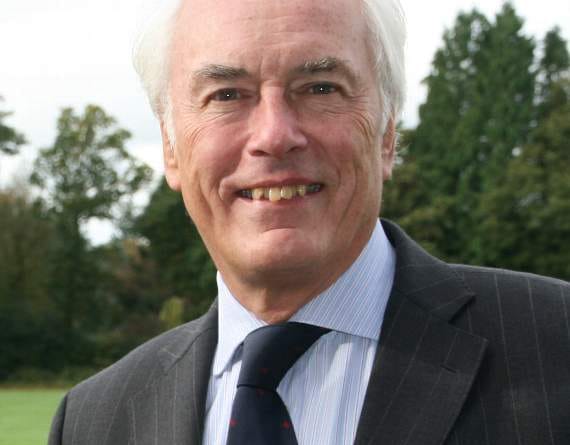 THE festive spirit was sorely tested when East Hampshire District Council’s policy of borrowing to invest was forced into the public eye.

But, with Government revenue support for local councils plummeting to zero next year, the district council asked how else it could be expected to generate enough income to continue providing public services.

The clash was brought about by the council’s decision, at a full council meeting, on December 14, to remove a £40m per year cap to allow the more flexible borrowing of up to £200m within a five-year period (without an annual cap). The money is needed, says the council, to provide more flexibility in its bid to meet “investment property aspirations for identified and specified property acquisitions.”

It was a decision flagged up on BBC South Today on December 18 which included a clip of the Chancellor of the Exchequer Philip Hammond expressing concern, to a select committee, over local authority borrowing to invest - using taxpayers’ money but possibly without taking into account the risks involved.

At present the Conservative-run council is able to borrow from the Public Works Loan Board at a rate of 2.5 per cent and, with its 25-strong property portfolio showing a 7.4 per cent return, the practice is considered by councillors to make sound commercial sense.

But it has become clear that, despite Liberal Democrat-run Eastleigh operating a much larger commercial property portfolio, local Liberal Democrats are not in favour of the policy.

Alton Liberal Democrat John Pritchard has questioned the district council’s mandate to risk taxpayers’ money in borrowing around eight times its annual budget, while continuing to work on a long-term goal of achieving zero council tax.

He later said he was “particularly concerned about the scale, the timing and where the money will be invested.” He said: “Last month, the Department for Communities and Local Government launched a consultation on the proposed changes to the prudential framework of capital finance, which looked likely to restrict local authorities from borrowing large sums of money. Was it for this reason that East Hampshire District Council included this late agenda item at such short notice and railroaded this decision through?”

According to Medstead Liberal Democrat Steve Hunt, it was a “lack of transparency” that bothered him.

Although posted four days before the meeting, the late agenda item had failed, he said, to give people enough time to react, resulting in no public input, no consultation and no opposition, thus sailing through.

Posting on the Liphook community website, Liberal Democrat Trevor Maroney, wrote: “I didn’t see anything in the Conservative manifesto during the district elections in 2015 stating that they intended to borrow these sort of sums.

“There has been no public consultation on creating this amount of debt. Is East Hampshire District Council to become a property-investment company in all but name? What has happened to open and transparent governance?”

In a statement, the district council argued that it was part of its “long-term financial strategy to build a portfolio of commercial properties worth about £29m, with a further £25m in pending purchases”. “The whole portfolio produces a rent of £2.3m a year,” the statement continued. “(This is) a much higher yield than keeping money in a bank and is a vital part of the council’s overall strategy to raise income to offset cuts in Government grant.

“This new financial structure allows the council to act quickly in an increasingly competitive market.”

“This year we have been lucky to be able to bid for several ideal properties and are likely to exceed the originally agreed £40m limit.

“Our advisers and buyers need the flexibility to buy, say, £50m one year and £30m the next and therefore the original motion was unnecessarily restrictive.

“While there is still an overall limit of £200m, the motion allows us to optimise our purchasing to the benefit of all council taxpayers in East Hampshire.”

On the question of whether the district council had the expertise for taking on this level of investment, with particular reference to its New Inn building on the A31 at Liphook (currently empty and the subject of a legal dispute), Mr Cowper said: “Obviously we are not taking any decisions without excellent advice.

“In many cases we are using the same advisers as the larger property fund managers in the City.

“Our approach is, as with Eastleigh, to develop a broad-based portfolio so that any issues with one property can be subsumed within the larger fund and still return superb yields to the council taxpayers of East Hampshire. The latest data I have shows the value of the Liphook Services asset to be higher than the purchase price.

“The council holds these investments for the long term - 20 years plus. At the moment there is no plan to trade property on a frequent basis and so our fund is unaffected by short-term swings in value. We buy for yield, not capital growth.

“We want to preserve our capital but it is the yield that pays for maintained services.”