Dismay at planned closure of stables 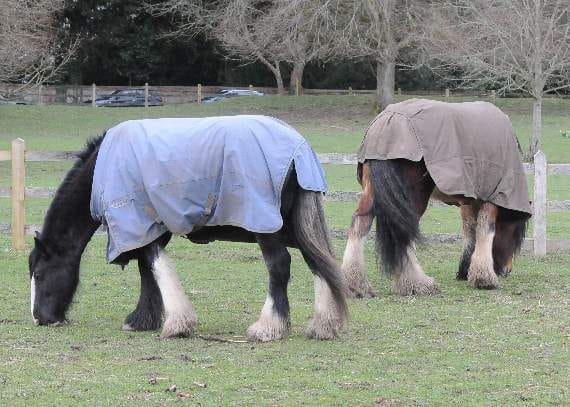 A DECISION by Chawton House Library to close the stables as part of a cost-cutting exercise to secure the future of the property has been met with dismay and a degree of criticism from within the village.

But the trustees are adamant, the horses are to be a casualty of the long-term plan to reimagine Jane Austen’s Great House, and to make it more financially viable as a visitor destination.

As reported in the Alton Herald last month, since founding patron Dr Sandy Lerner stepped down from the board of trustees last year, there is no guarantee of the continued generous funding she has previously provided through her foundation.

This leaves Chawton House facing a potential funding shortfall of around 65 per cent of the library’s operating costs from 2018.

As such, Chawton House Library has launched a large-scale fundraising campaign designed to “reimagine and enhance” the Elizabethan manor house, the aim being to raise £150,000 in 18 months, needed to cover the day-to-day running costs.

In a statement, the trustees of Chawton House Library stress that they take their legal and financial responsibilities “very seriously” and, as such, “have undertaken an urgent strategic review, drawing on our own professional expertise and that of the charity’s staff and advisers” and this has involved “some difficult decisions”.

Trustee Louise Ansdell said: “Securing the organisation’s survival in the short term means cutting back on any activities that are not absolutely critical to its identity. The first such decision was to suspend the Visiting Fellowship programme, allowing the accommodation previously used by researchers to be released for commercial rent.

“A subsequent decision is to no longer keep shire horses on the estate, in view of the considerable costs of their upkeep. Careful consideration was given to the possibility of covering these costs through activities related to the horses, but this did not prove viable. Unfortunately, the decision has resulted in the redundancy of two posts and the re-housing – with the valued help of our experienced and dedicated head and assistant horsemen – of the four horses to excellent new homes.”

And it is this that has caught the eye of local resident and author Michael Tarte-Booth, who writes: “The horses have long-participated in many village events and residents such as myself are outraged by the decision. The trustees regard the horses as a cost centre and expendable under the cost-cutting measures implemented since belatedly initiating the funding appeal to compensate for the loss of Sandy Lerner’s patronage.”

Mr Tarte-Booth is concerned that the trustees appear, in his opinion, to have failed to put forward “plans to transform their assets, including the horses and stables, from cost to profit centres nor have they proven amenable to consider such proposals”.

“They are simply taking cost out of the business while submitting funding applications to the Heritage Lottery Fund and appealing for donations to cover running costs,” he said.

He believes this to be “an inadequate response to the trustees’ responsibilities to safeguard the estate”.

As previously reported, according to the Chawton House Trustees, the aim of the appeal is to create “a cultural literary destination within the wider grounds of the ‘Great House’, offering larger and more extensive visitor facilities and providing an enhanced experience of the Chawton estate that was Jane Austen’s home throughout the final, productive years of her life”.

It is hoped the reimagining of Jane’s ‘Great House’ into a much more widely recognised, more visited, commercially viable destination will help secure the unique collection of early women’s writing, and the associated cultural, academic and literary events that, in addition to its Jane Austen connections, give the manor house its special character.

As such, Chawton House is seeking to apply for a large grant from the Heritage Lottery Fund for a capital building project to enhance its visitor experience, which could include the development of a purpose-built cafe and other enhanced facilities within the wider grounds.

Ms Ansdell added: “The long-term plan is to redevelop Chawton House, making it more financially viable as a visitor destination, and we are looking forward to sharing and discussing our plans in due course.”

According to Mr Tarte-Booth, the stables are to close by the end of September and a farewell party for the horses has been organised by their admirers for next Saturday (September 2) from 10am to 2pm.

He said: “Shortly thereafter the four Shires will be split up and rehoused with new owners across the south of England.”