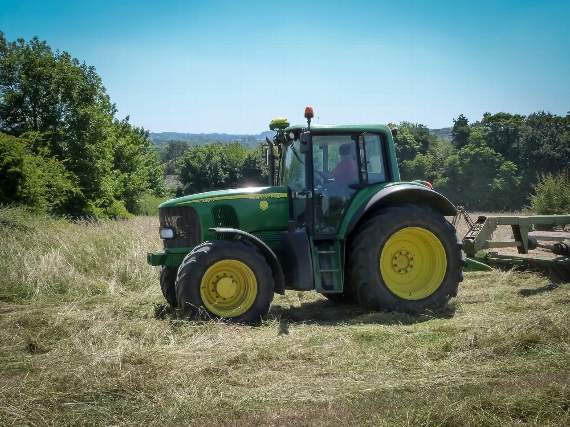 PRESERVE Treloar Meadows campaigners are jubilant after East Hampshire District Council (EHDC) planners insisted that a full environmental impact assessment must be carried out on the site before a reserve matters planning application can be submitted.

The ecologically sensitive “butterfly meadows” are part of the former Lord Mayor Treloar Hospital site, which has outline planning permission for a 280-home development.

Part of Alton’s carefully preserved skyline, this rare chalk downland is a natural haven for flora and fauna, in particular its treasured collection of native orchids. But it is under threat from the proposed development and campaigners have been pushing for a proper environmental impact assessment to be carried out as part of the reserve matters application.

In a statement, EHDC has said that in determining whether an environmental impact assessment was necessary on the site it had consulted with various environmental bodies, including Natural England, a public body that works to conserve the environment, and which raised concerns regarding the development.

A district council spokesman said: “Natural England’s concerns related to the potential loss and damage to species-rich chalk grassland of the Lord Mayor Treloar Hospital site and the potential impact on the ancient woodland of Ackender and Alexandra woods.”

And the spokesman added: “The environmental impact assessment will assess the possible ecological damage caused by the development to those two areas and suggest any mitigation measures.

“Crest Nicholson (the developer) has also committed to carrying out extensive ecological assessments on the development over and above the environmental impact assessment.

“The environmental impact assessment will be submitted to East Hampshire District Council as part of the reserved matters planning application for the site.”

Backed by Alton Town Council in their determination to secure an assessment on the site, having fought and put pressure on EHDC to have the survey done, campaigners are viewing this week’s victory as a first step toward securing protection for the meadows.

They had been alarmed over recent weeks when the tenant farmer moved in to mow the meadows at a highly sensitive time for the site’s flora and fauna, and believing it to be an illegal act when threatening the existence of protected species like slow worms, campaigners registered a wildlife crime with Hampshire Constabulary’s wildlife protection officer.

Now, with the survey secured, they will be fighting to ensure that the assessment is comprehensive and carried out by a truly independent surveyor.

Ginny Boxall, chairman of the Preserve Treloar Meadows campaign, said: “It is great EHDC has taken the decision but we cannot rest on our laurels. Because (as dictated by current planning procedure) the developer will have to pay for the environmental impact assessment, we have got to make sure that it is meaningful and done thoroughly by a good, independent surveyor.”

According to Mrs Boxall, the campaign group is currently liaising with the Hampshire and Isle of Wight Wildlife Trust and the Butterfly Trust to try to find a reputable, independent surveyor who can be recommended for use by the developer.

And she added that Natural England is currently seeking to put pressure on local authorities to draw up a recognised standard for surveyors and a means of inspection, to make sure that the assessments are carried out properly.

Mrs Boxall said: “We have to be confident in the quality of the survey, that it covers everything it needs to and that it is worth the paper it is written on.”

Part of the wider South Alton Plan, which also embraces the Borovere Farm site on the B3006 Selborne road, fellow campaigner Steve Hunt pointed out that development can’t start on the Treloar site until after work has been completed to replace the Victorian-era Butts Bridge, and that has now been put back until January, with estimated completion by July.

According to Mr Hunt, this will give time for a proper year-round survey, covering all four seasons, and including the butterfly season.

Homes England, the commissioning body which owns the Treloar Hospital site, has appointed contractor Knights Brown Construction Limited to carry out highway improvement works on the B3006/A339 Selborne road and adjoining Winchester Road around Butts Bridge, to demolish and replace the Victorian bridge and to construct two new roundabouts and a link road.

Site establishment and works to create the new link road from the B3006 to Winchester Road, across the Chawton triangle, have already begun, and main carriageway works are expected to start from August 6, with work to replace the bridge scheduled for January 11 next year.

Knights Brown will hold a public drop-in session at Alton Assembly Rooms next Tuesday, from 3pm-8pm, when there will be drawings to illustrate the overall scope of the scheme and the various principal phases, plus details of the traffic diversion routes that will come into effect in January.

Representatives from Homes England, Jubb engineering, project manager Aecom and Knights Brown will be on hand to answer questions.