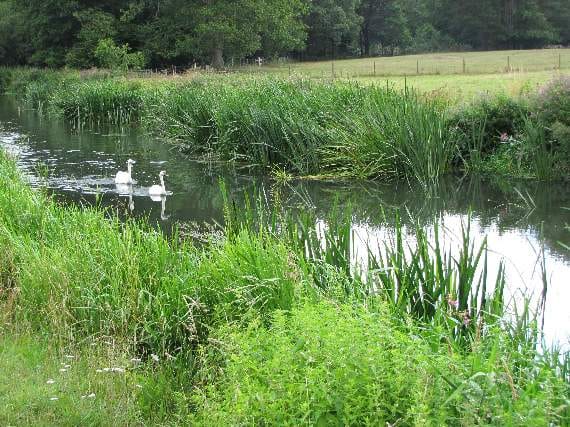 DRINKING water providers are inviting people to have their say on improvements to the Candover Stream and the Upper River Wey in Alresford and Alton.

The work, funded by South East Water and Southern Water, will be focused on aquatic invertebrates, such as white-clawed crayfish and southern damselfly which call these watercourses home.

As part of their investigation work, they are consulting with landowners and environmental stakeholders on potential options for habitat improvements

Representatives from both organisations will be holding public information sessions next month for members of the local community to find out more about their plans.

Thunderstorm forecast in Surrey and Hampshire on Saturday morning

The sessions will take place on Tuesday, April 5 at:

Debbie Wilkinson, groundwater manager for South East Water, said: “We both provide drinking water to Hampshire residents, but the water originates in different sources for each company.

“It’s really important to us that we take into account the views of local residents, landowners and other representatives about this project so we can be sure that the water we use to produce drinking water does not negatively impact the environment.

“We have a long history of protecting the environment we work within, we rely on the health of rivers and groundwater aquifers like these to produce top-quality drinking water to 2.2 million people across the South East.”

For more information visit southeastwater.co.uk/rivers.  There is no need to book the events, just drop in.