Falklands veteran speaks of campaign at Holybourne Act of Remembrance 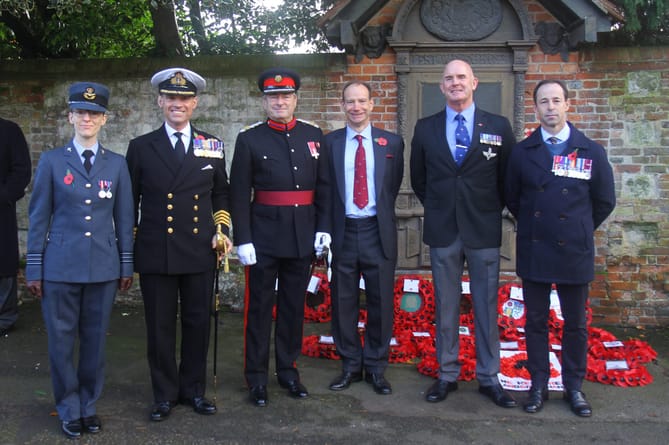 Holybourne’s Act of Remembrance on November 12 began with an air raid siren at 10.45am before the pipes and drums of the Rose and Thistle Pipers led the parade.

Mr Titchmarsh offered personal reflections on the Queen’s service and a perspective for the future under King Charles III.

He said how fortunate the people of Holybourne were to live in the Hampshire Downs and spoke of the need to manage the area for future generations.

Cutting the cost of your shopping basket is our top priority, says Chancellor

Marking the 40th anniversary of the Falklands conflict, Major Stratta introduced former colleague WO Mark Desborough to reflect on the campaign.

As a young private in 2 PARA, who sailed south on North Sea ferry MV Norland, he watched the Royal Navy fight air attacks and saw the loss of ships in Bomb Alley. He talked about fighting at Goose Green and Wireless Ridge, hand-to-hand combat, the loss of comrades and helping the Welsh Guards ashore after the sinking of Sir Galahad at Fitzroy.

WO Desborough uses those experiences to help train and prepare soldiers for conflict, potentially in Ukraine – a country he parachuted into with Major Stratta’s company as part of a NATO Partnership for Peace exchange in 1997. He emphasised the effect of and need for local Remembrance events.

Colonel Max Joy gave the Kohima Epitaph, and Revd Micklefield led prayers and gave the Blessing before the parade marched off to a reception at The White Hart.