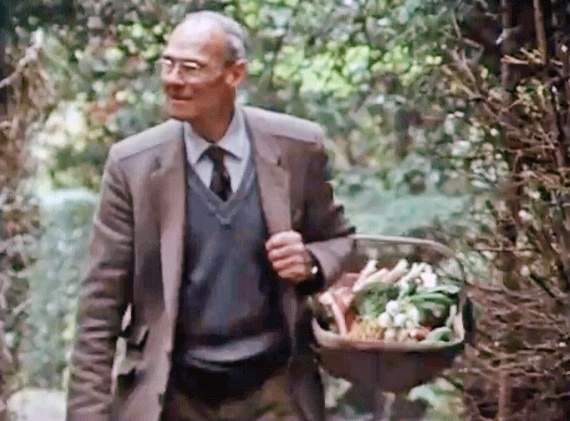 MORE than a decade after his death, the ashes of Harry Dodson will be coming home to Blackmoor.

On Monday, June 19, at 2pm, Reverend Dom Clarke will host a service at St Matthew’s Church, Blackmoor, to mark the interment of Mr Dodson’s remains.

His father died when he was six, which led to his move, with his mother and brother, from Surrey to Blackmoor where his grandparents lived and where his uncle, Fred Norris, was head gardener to the then Earl of Selborne.

Lord Selborne told the Bordon Herald that when Mr Dodson left Blackmoor school he began work for his uncle as “a garden boy”, earning 7s 9d (39p) a week.

By the age of 27 he was one of the youngest head gardeners in the country, working for the Ward family at Chilton Foliat in Berkshire.

By the 1980s Chilton was no longer viable as a traditional kitchen garden but the owners allowed Mr Dodson to use the walled garden, rent free, as a commercial nursery.

Following his death, The Telegraph reported that Mr Dodson’s life changed in 1984 when Jennifer Davies, a researcher for BBC Bristol who was planning a television series on Victorian gardening, found both the walled garden and “the gardener she wanted to talk about it”.

Mr Dodson’s enthusiasm for the project was said to be “immediate” and, with the blessing of the Wards, the gardens were restored and planted with period cultivars, a student apprentice was provided and filming began.

On his death his ashes remained with the undertaker who had no instructions on where they were to be buried. Only recently has it been established that he wished for his ashes to be buried in his mother’s grave at St Matthew’s Church.

“We are now hoping to trace as many people as possible who knew Harry, or who were related to him, to invite them to attend the short service at Blackmoor Church on June 19 at 2pm,” Lord Selborne added.