Life expectancy for the most deprived men in Hampshire is more than six years lower than the most well-off in the area, new figures show.
By Will Grimond
Wednesday 15th June 2022 3:01 pm
Share 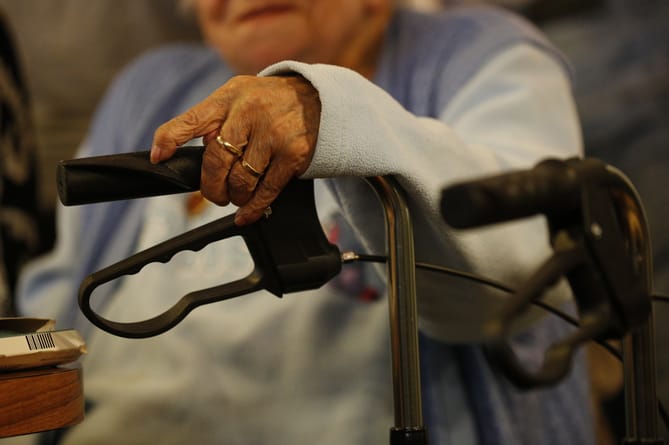 Life expectancy for the most deprived men in Hampshire is more than six years lower than the most well-off in the area, new figures show.

Data from the Office for Health Improvement and Disparities shows that across 2020 and 2021, the average life expectancy for men in Hampshire stood at 81.1 years.

But men from the wealthiest fifth of the area’s population can expect to live to 83.5 years – 6.3 years more than the least well-off males.

Deaths due to circulatory issues were the main reason behind lower life expectancy for the area’s poorer men over 2020 and 2021 – reducing their expected life span by 1.4 years.

Road casualties rise in Hampshire – but still lower than before pandemic

Meanwhile, average life expectancy for women in Hampshire was 84.4 years in 2020 and 2021 – with the least deprived women expected to live 4.7 years longer than those from the area’s poorer communities.

David Finch, assistant director at the Health Foundation, a charity working to tackle health inequalities said: "There are staggering differences in life chances in the UK depending on where people live.

"Prior to the pandemic, improvements in health had stalled while inequalities had widened.

"This includes major variation in healthy life expectancy between different areas of the country but also within local areas – sometimes between places that are just a few miles from one another."

While there were stark differences in life expectancy within Hampshire, the expected life span for men in the area was above the national average of 78.7 years.

Mr Finch continued: "We also see significant variation in how many people have long-term conditions, such as cancer and heart disease, between different areas.

"Such marked differences in health are partly related to the varying conditions in which people are born, live and work."

He added that an absence of economic and educational opportunities in poorer areas will likely impact the health and wellbeing of the most deprived.

Across England, the largest within-area gap was in Hartlepool, where the least deprived men can expect to live more than 12 years longer than the most deprived.

Blackpool had the lowest life expectancy for both men and women, at 73 and 78.5 years respectively.

A spokesperson for the Department of Health and Social Care said tackling health disparities is a "priority" for the Government.

“Later this year we will set out bold action in a white paper to reduce the gap in health outcomes between different places, so that people’s backgrounds do not dictate their prospects for a healthy life.

“We are also helping local authorities improve public health by increasing their grant to just over £3.4 billion this year, and we are investing a further £39 billion in overall health and care over the next three years.

"This will put in place comprehensive reforms to ensure we have a health and care system that is sustainable and fit for the future.”