More refugees due to stay with sponsors in East Hampshire had arrived in the UK as of last week, according to new figures, as charities warn of rising numbers of homeless refugees across England.
By Will Grimond
Tuesday 21st June 2022 3:04 pm
Share 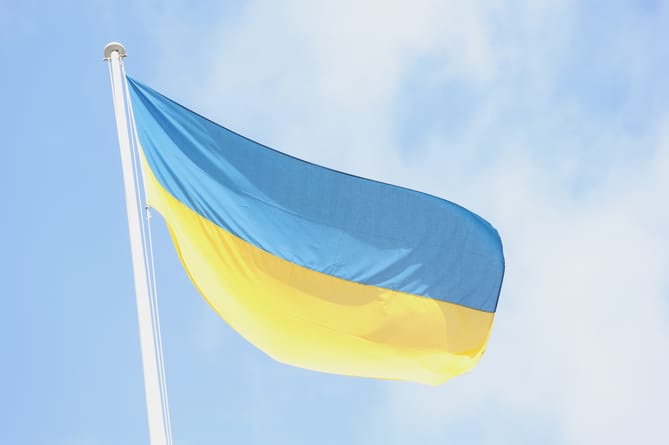 More refugees due to stay with sponsors in East Hampshire had arrived in the UK as of last week, according to new figures, as charities warn of rising numbers of homeless refugees across England.

Ukrainians fleeing the conflict with Russia can apply for a visa to stay in the UK under the Ukraine Family Scheme and Ukraine Sponsorship Scheme.

The Family Scheme allows Ukrainian nationals to stay with relatives already living in the UK, and the Sponsorship Scheme, also known as 'Homes for Ukraine' allows individuals to host refugees for a minimum of six months.

But the schemes have been beset with delays to processing visas – and some have warned of safeguarding issues and mismatches between hosts and refugees.

Home Office data shows 225 refugees staying with sponsors in East Hampshire under the Homes for Ukraine Scheme had arrived in the UK by June 13 – up from 156 on May 16.

There has also been an increase in the number of visas issued, with 310 successful applications as of June 14, a rise on the 278 four weeks prior.

The uptick in refugee arrivals has come with warnings of refugees being made homeless in some areas of England – although East Hampshire council has not submitted data on whether any refugee households in the area are owed support because they are homeless or at risk of becoming homeless.

Home Office figures published last week showed 660 refugee households across England had been given homeless prevention or relief duties by June 3, including, including 480 households with children.

Shadow levelling up and housing secretary Lisa Nandy described the situation as “shameful”.

“The British people showed amazing generosity in stepping up in their thousands to provide the care and sanctuary that these people – many of them families with young children – needed and deserved in such awful circumstances.

“But the Government has failed miserably to play its part.

“Ministers were warned about the risk of refugees becoming homeless on the day they launched the sponsorship scheme, but they were more interested in grandstanding in television studios than doing their jobs to protect vulnerable people.”

The data also shows that as of June 14, more than 64,000 visas had been issued under the Homes for Ukraine scheme for English hosts, with almost 43,000 refugees arriving in the UK as of the day before.

Enver Solomon, CEO of the Refugee Council, a group which campaigns for those fleeing conflict, said there were worrying differences in the level of support provided by the two schemes.

“We're concerned that Ukrainians arriving on family visas are running into problems as not all relatives will have the space or the resources to support their family members – which is why there needs to be the same level of funding available to them and local councils as is provided under the Homes for Ukraine scheme.”

A spokesperson for the Department for Levelling Up, Housing and Communities said: “All arrivals have access to benefits and public services, as well as the right to work or study, from the day they arrive.

“The overwhelming majority of people are settling in well but in the minority of cases where family or sponsor relationships break down, councils have a duty to ensure families are not left without a roof over their head.

“Councils also have access to a rematching service to find a new sponsor in cases under the Homes for Ukraine scheme.”