‘Our town council has recovered’ 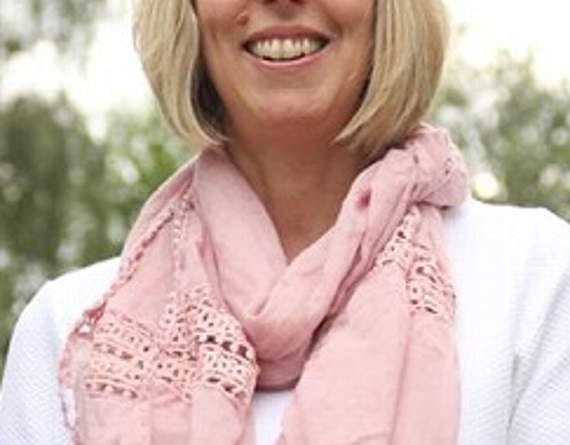 AS far as local government goes, Whitehill Town Council has seen more than its fair share of difficulties.

It has been five years since the council discovered its former clerk, Trish Bell, had stolen £162,000 - described by the Daily Mail newspaper as “a scam” which pushed a number of the town council’s bank accounts “into the red”.

Bell was subsequently jailed for 28 months in October 2013 and the council began its journey from “an uncertain past to an exciting future”.

While still no stranger to political spats and party splits, the town council’s problems now seem fittingly mundane in contrast.

“Five years since the widely publicised theft by the former town clerk, Whitehill Town Council has worked hard to rise like a phoenix from the ashes and looks forward to an exciting future,” she wrote.

This recuperation took place during a transitional time as, having been garrisoned in the town for 100 years, the School of Electronic and Mechanical Engineers (SEME) closed in 2015 and relocated to Lyneham in Wiltshire.

“The Army’s departure released considerable training and barracks land and the town is currently undergoing a massive regeneration,” she added, referring to the 3,350 new homes being built, as well as the creation of a new town centre, a new secondary school, a new leisure centre, a new relief road and 200 hectares of green spaces.

“It was vital for the council to recover quickly if it wanted to play an active role in this £1billion regeneration,” she said.

“A court case in September 2013 resulted in 99 per cent of the convicted sum being recovered and the council quickly identified how to best spend the £160,000 for the benefit of the community. It became evident that the council’s open-space facilities had been neglected and improvement projects were initiated as soon as the funds were returned in 2014 - residents benefited from two new children’s playgrounds, a new BMX pump track and replacement playground surfaces.

“Throughout the recovery, the council has worked closely with regeneration partners to campaign on behalf of residents to help shape the town’s future - the council’s successful campaign for a new six-lane swimming pool is just one example. As consultee on every planning application, the council has considered some very large, complex applications including a hybrid application containing 350-plus planning documents.

“The project quickly moved into a delivery phase at the start of 2016 and the council’s hard work was rewarded in January 2016 when it took over the management of the Bordon Inclosure. The 60-acre site is the first of two new Suitable Alternative Natural Greenspaces (SANGs) connected to the first 600 homes. The council will receive £2.2million of developer contributions to manage the site in perpetuity.

“By May 2016, the council was in a position to declare the General Power of Competence and started to think about different ways to use this additional power.

“The website was upgraded to comply with the Transparency Code; a new, robust strategic plan was developed, which clearly sets out the council’s aspirations to take over further responsibility resulting from the town’s regeneration, and a staffing review was carried out to identify how the council’s resources could grow to meet demand.

“In 2017, the council was successful in its bid to take over a new skatepark, which was constructed as part of a section-106 agreement at a cost of more than £200,000.

“The town mayor opened the park in July and this fantastic addition to the council’s amenities portfolio is a very popular youth facility.

“There is so much opportunity for Whitehill Town Council that it had to review its strategic plan this year to focus priorities and is now producing a Communications and Engagement Strategy. There is never a shortage of articles for the council’s newsletters and a wealth of topics for the annual town meeting. The relentless pace looks to continue throughout 2018.

“Whitehill Town Council has recovered. It has become a strong, credible council looking forward to a bright and exciting future. Thank you to everyone who played a part in the recovery process.”

In 2013, Winchester Crown Court heard how Trish Bell used a fabric pen on cheques meant for council contractors, before later heating up the ink, making it disappear, and putting herself as the payee.

Using this method, which in effect saw the council doubling up on cheques, she obtained £110,000. She also gave herself £45,000 in additional salary payments and £7,000 in misappropriated cash transactions. This was on top of her £45,000 a year salary. The fraud lasted around five years having began in April 2007 when Bell, a mother of two, had been in the job for less than 12 months.

She was suspended in December 2012 after councillors spotted a discrepancy with a wage cheque. When confronted, she confessed and was later dismissed in February. She was arrested and pleaded guilty to fraud by abuse of position.