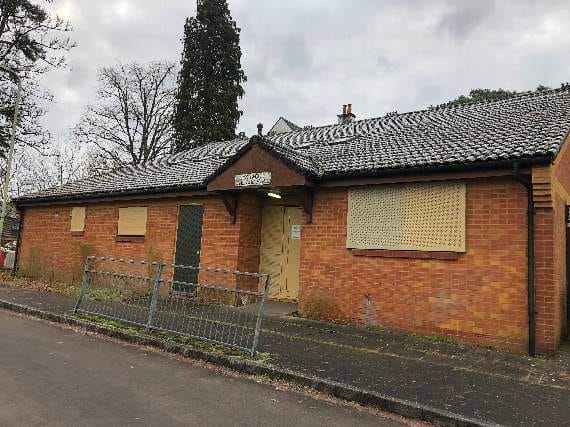 PINEWOOD village hall in Whitehill and Bordon is to be converted to provide temporary accomodation for the homeless, after councillors voted resoundingly in favour of its change of use.

East Hampshire District Council’s planning committee debated the application remotely via Skype on Thursday evening (July 2), and voted it through eight in favour to one against, with one councillor abstaining.

The application was submitted by Velocity RDT Ltd, a new East Hampshire-based company set up to seek alternative temporary accommodation for the homeless, and was described as “pioneering” by council planning officers.

It will see the disused hall, off Rydal Close, converted to provide seven studio flats and three external mobile homes for stays of upto around six months.

Homes for 1,800 people planned – but no more NHS docs or dentists

However, in practice, principal planning officer, Katherine Pang, told members the length of each occupancy is anticipated to be much shorter, "typically around six weeks", adding it would reduce the current need to accommodate the district’s homeless in costly B&Bs.

Councillors did express concern after it was revealed that the district council, which owns the hall, had not marketed it for use as a community facility prior to the application coming forward to committee – chief among them leader of the council’s Lib Dem group, Alton Amery member Steve Hunt, who abstained from the vote.

Lib Dem councillor for Lindford, Neville Taylor, also expressed car parking concerns – with the converted hall and its users having to share eight parking spaces with users of the adjacent One Stop supermarket, in addition to the five spaces provided on the village hall site – and was the sole councillor to vote against the proposal.

However, many members spoke of the demand for such a facility in East Hampshire, with a number of conflicted councillors crediting an impassioned intervention by Labour member for Alton Eastbrooke, Paula Langley, for swaying them towards voting in favour.

Cllr Langley told members: "These units represent a humane, clean and viable way of housing people who through no fault of their own have found themselves homeless.

"The issues of parking, flooding, space standards etc, pale into insignificance when you consider the dire need of the people who will be using these units."