Plans for Farnham town centre revealed ahead of summer consultation 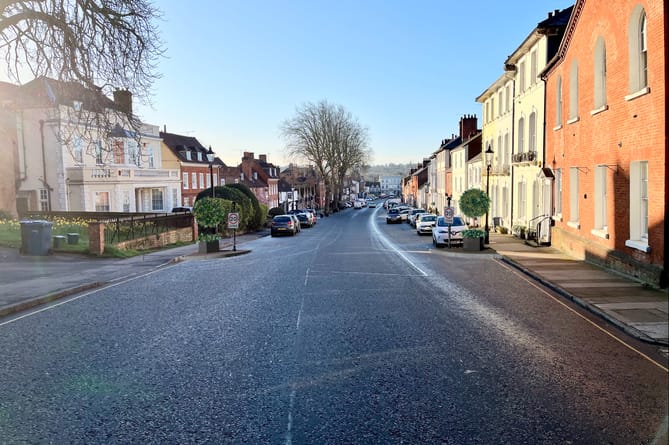 A THREE-phase plan for sorting out Farnham town centre’s traffic woes is to go out to public consultation this summer – including plans to permanently widen pavements, reverse sections of the one-way system, and potentially a new link road from Castle Hill to the Upper Hart car park.

Detailed plans are yet to be revealed in public – with Farnham Town Council discussing Surrey County Council’s “sifted options paper” in a behind-closed-doors session at the end of last Thursday’s full council meeting.

But councillors did first engage in a broad debate of the proposals, as revealed shortly before the meeting by town council leader John Neale following a meeting with Surrey’s Farnham Infrastructure Programme team a day earlier.

The three-phase plan has been formulated after last year’s consultation on Farnham’s ‘optimised infrastructure plan’, with Surrey currently modelling its proposals before revealing them in public.

Homes for 1,800 people planned – but no more NHS docs or dentists

The Herald also understands that, thanks in part to the campaigning of town councillors in north Farnham, a new link road connecting Castle Hill to Upper Hart car park has not been ruled out and is among the schemes currently being modelled.

This was initially proposed by town planner Jim Duffy in a presentation to the Farnham Society in 2018, who proposed reinstating an historic road link between Castle Hill and the Hart – effectively re-routing the A287 to facilitate a “world class” pedestrianised town square in Castle Street and allowing the whole of The Borough to become a “strong pedestrian-priority zone”.

Other ideas proposed by Jim Duffy in 2018 – some of which have already been implemented – included:

Mr Hunt and Cllr MacLeod, whose party is now in control of Farnham Town Council, are now driving forward the Farnham Infrastructure Programme as members of Surrey County Council’s ‘Farnham Board’.

But responding to Cllr MacLeod’s announcement of Surrey’s three-phase plan at last Thursday’s town council meeting, the now-opposition Tory Cllr Cockburn repeated her criticism of the Infrastructure Plan team for failing to listen to residents’ wishes.

She said: “The town council has not been fully informed of anything on this project from the start.

“When are we going to have a proper consultation, to give us a clue of what the town actually wants?

“People who could barely point Farnham out on a map are making decisions about the future of our town, and I’m sick of waiting for this ‘magic briefing’ when all will become clear.”