Quiz and curry night in Bordon raises £1,000 for the Red Cross appeal for Ukraine 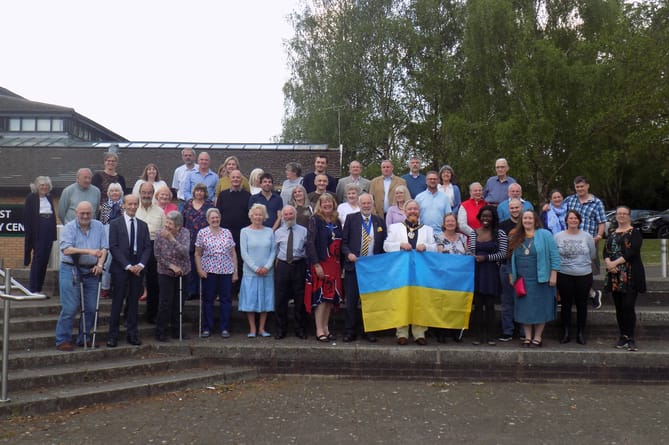 The quiz contestants with Cllr Adam Carew, who is holding the flag of Ukraine (Adam Carew )

The Whitehill and Greatham member held it in the newly-refurbished Great Hall at the Forest Community Centre in Bordon last Saturday. Cllr Carew and friends decked it out in the light blue and yellow colours of the Ukrainian flag.

Curry was provided by Abdul Hamid, owner of the award-winning Dhanmondi Restaurant in Whitehill, under the supervision of Sue North.

The winners were the Mayors and Chairs table, which included the mayor and mayoress of Gosport, former town mayor Colin Leach and former mayor Cllr Sally Pond.