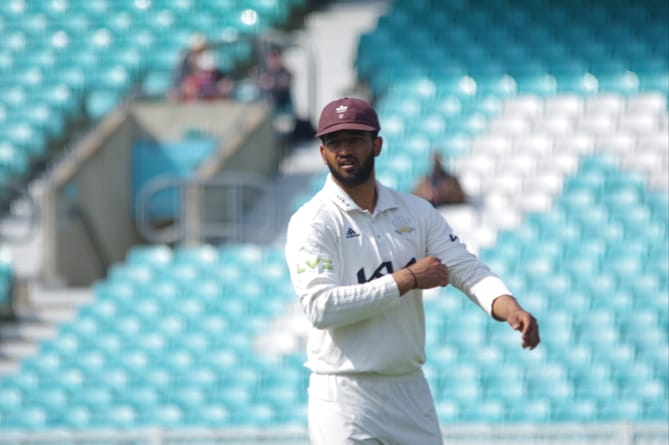 RYAN PATEL’S dashing century led Surrey to their second win of the season – their best start to a County Championship campaign for 16 years.

The 24-year-old left-hander cracked 102 to lead a three-wicket defeat of Somerset at the Kia Oval, giving his side a second victory in their opening three Division One matches and putting them top of the LV-sponsored competition by seven points.

Needing 237 for victory, Surrey were given an ideal platform by Patel but needed Ben Foakes’ unbeaten 48 to see them home at the end of a magnificent battle over four days. The visitors had looked favourites for large stretches of the match only to buckle and slide to their third successive reverse of the season.

Tom Abell’s superb 150 not out led the visitors to 337 all out after choosing to bat first, establishing a lead of 29 runs on first innings despite sizeable contributions from Sam Curran (80) – making his first appearance of the summer – Foakes (63) and Ollie Pope (47) as veteran Australian seamer Peter Siddle claimed six for 51.

When Somerset reached 132 for two in their second innings, they looked likely winners but then lost seven wickets in the final session of day three as Surrey’s seamers Jordan Clark (four for 52), Reece Topley (three for 55) and Jamie Overton (two for 39) dramatically turned the match.

“We’re very happy with that win, especially as we were behind the game a little,” said Patel, who had made the vital breakthrough by dismissing Abell (53) in the second innings.

Having made half-centuries against Warwickshire and Hampshire in the opening two Championship matches, Patel’s century underlined further progress since his breakthrough innings against Nottinghamshire at Guildford last year in the Royal London Cup. The careful accumulator of old suddenly smashed 131, including ten sixes, and the new cavalier Patel is relishing batting, the opportunity to open alongside skipper Rory Burns having been created by Mark Stoneman’s departure to Middlesex last year.

He explained: “I’ve got a lot more confidence in my own ability after a winter of hard work and a lot last summer.”

With typical modesty, he praised the help of former head coach Vikram Solanki and his successor Gareth Batty.

Foakes’ involvement in the final day had been in doubt after collided with Overton at first slip on the previous afternoon when taking a typically athletic catch off Topley to remove the dangerous Tom Banton (52). Although a stretcher was taken onto the field, Foakes was able to walk off – and replaced by Pope behind the stumps – but after passing a concussion test he was fit to resume duties on day four.

From having a sore head he showed a cool one, seeing Surrey to victory as a fifth-wicket stand of 48 with Curran (33) all but sealed the match.