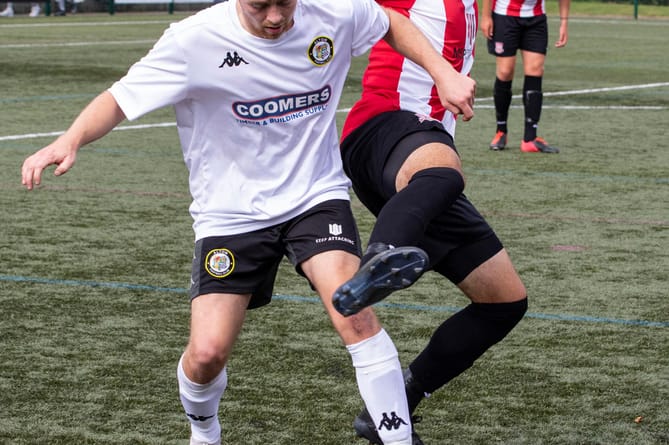 Alton 3 Cowes Sports 0: ALTON signed off their home campaign in the Wessex League Premier Division with a fine win over Cowes.

And although the win was reasonably comfortable, the scoreline flattered them a little.

The visitors’ away record hasn’t been the best but they got off to a fast, confident start and hit the bar in one of their early raids which reminded the home side they were going to be in a game. The Brewers reacted and Ed Dryden sent a firm header on to the upright from a corner and soon after George Bowerman shot across the visitors’ keeper but only found the same upright.

On 20 minutes the home side took the lead as Bowerman broke clear and clipped the ball past the onrushing keeper.

At that point it looked as if they might run away with the game – but it wasn’t to be.

The visitors battled well to stay in the game and won themselves a penalty on 40 minutes. The offence looked as though it was outside the area but to be fair they had earned that bit of luck.

To the relief of the home side – and the crowd – Glen Andrews made an excellent diving safe to his left to push the ball away.

This let-off galvanised Alton and a minute before half-time they extended the lead, Luke Perkins’ left-footed volley from the edge of the box giving the keeper no chance.

The second half was a bit fragmented, as the Brewers were sloppy in possession and appeared unable to get out of second gear.

But they finished off the game as a contest on the hour when Perkins received a pass on the half turn 25 yards out and hammered a great shot into the top left-hand corner.

To their great credit the visitors did not capitulate and forced Andrews to make three excellent saves in the last 20 minutes, the best of which was a double save from close range.

Alton finish off their campaign tomorrow (Saturday) with a trip to Shaftesbury – and Alton will be delighted to have achieved their aim of establishing themselves in their first season back at Step 5 in the football pyramid.