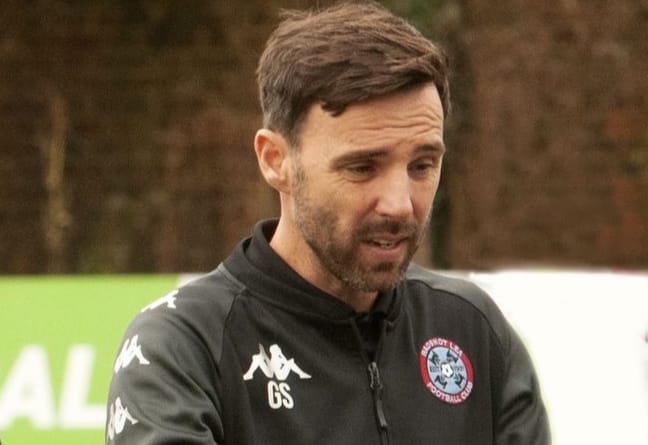 Badshot Lea are busy making preparations for next season – and they’re confident it will be a campaign which will see them challenging for promotion.

Joint-manager Gavin Smith expects to see an improvement next year, and that can mean only one thing.

“Last season we didn’t have a real ambition to get promoted – our aim was to finish in the top six and to compete, and to see what happens,” he said.

“We’ve shown we can do that now, and we want to do more.

“After the run we had, and how well we did, we were all a little bit disappointed with where we finished. If we don’t push on from that next season, then we will have failed.”

Smith and his fellow co-manager Dave Ford have formally agreed to carry on at the helm.

“We had a meeting with the club to say what we thought about things, and to ask if they could match our ambition,” said Smith.

“We want to push on as a group and to keep the players we have and we needed certain things to be done, and to see what else could be done.

“If we lose players because they are going to play in a higher level, that’s fair enough. But if it’s because we can’t quite compete with money, that’s different – although I don’t think we have any players like that at the club, if I’m honest.

“I don’t think players would jump ship to join a club in our league for more money unless they were talking ridiculous sums.

“I know clubs from leagues above have been looking at our players, but I think we are a Step 4½ team whereas some of those clubs, although a league higher, are also a 4½.

“It’s not about money here. If people want to play here, they want to play for us, it’s not because we are offering them loads of money. They stay for the right reasons.

“So do we need more money? Yes, to improve the squad and to get players in a couple of areas we think we need.

“The club have listened to what we said and they have come to an agreement, which is good. We all want to progress and push on – none of us wants to go backwards.

“We said we wanted the pitch sorted out because it has been a bit of a shambles and they agreed, and are getting it back to what it was, and spending a bit of money on it. We’re also looking at our training pitch to make that more suitable.

“It’s a different sort of challenge for us next season. The players will be under a bit more pressure, but they coped with that well last season when we were up near the top of the table. When we said we were facing a pressure game and had to win it, the players turned up and did what was needed.

“We want to finish higher than we did this season with more points – and if we get more points than this year, we’ll get promoted.

“At our level, you never know what teams will improve over the summer. Raynes Park and Jersey will be up there again, but no-one has come into the league from a division above, and I’m not seeing a Walton & Hersham or a Beckenham.

“Someone might surprise us but we have lost two really big clubs who had the financial muscle to get promoted. But you never know.

“We’ve got to be thinking if we can keep everyone, and bring in a couple of people, why not? It should be a challenge for the lads and the players have to be thinking about promotion.”