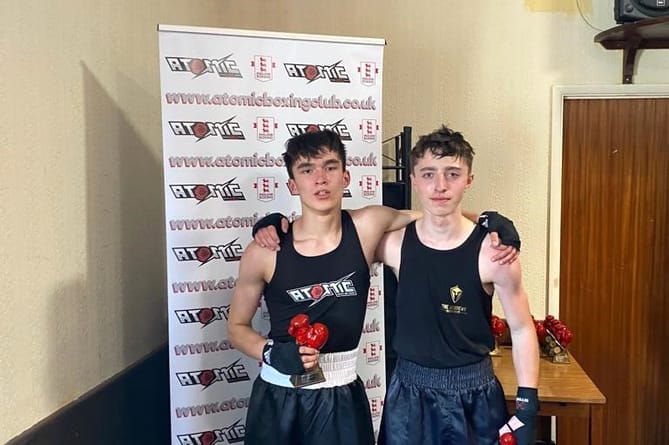 ATOMIC Amateur Boxing Club have hosted their first boxing show – and it was quite some event.

There were a total of 16 bouts, with ten coming from the Farnham-based club.

The officials complimented the level of skill which the boxers showed throughout the contest.

Representing Atomic first up was Elsie Warren on her second skills contest and she performed well – and is definitely enjoying her start to amateur boxing.

Zac Carrington was making his debut and it was a high-quality bout, his flair and skill receiving praise from the judges.

The last of the skills bouts saw Molly Fairhead take on a tough opponent, but she held her own and enjoyed her debut.

In a competitive bout, John Matthews was up against a skilled opponent but he displayed his talent and earned a win by way of a split decision.

Jack Josty showed some excellent skills as he also took the verdict on a split decision.

Jack Adams had to box with a bleeding nose which contributed to his defeat by another slim margin, losing out on a split decision.

Kaine Carrington, after two years out of the sport, was keen to get going once again and he pushed his opponent to a standing count and earned victory by a unanimous decision.

Felix Sulit Tarry – known as Fantastic Felix – again showed his flair for the sport and got his win, again by a unanimous decision.

Bradley Cheeseman, on his debut, lost by a split decision to a more experienced fighter.

All the boxers from all the clubs taking part did themselves proud, in an event which put Atomic on the regional boxing map and helped the club make their mark.